This is the first time since the start of the season that we have the MVP from the team which has lost the game. But, Andrija Bojić deserved to keep this prestigious award for many reasons. Young power forward (21) is having a debut in the ABA League. Last year he was on loan in OKK Beograd and finished the first part of the Serbian Championship as far the best player.

Seeing his tremendous progress, Mega brought him back for the final part of the season. He kept practicing with the club over the summer, and eventually head coach Dejan Milojević decided to give him the chance in the big league.

Andrija Bojić started his ABA League campaign with 4 points, but his numbers started rising… And, in the 11th round they reached the MVP level. Bojić made 22 points, with amazing shooting percentage (9-7 FG2, 2-1 FG3, 7-5 FT), then he added 7 rebounds, 1 assist and 1 steal. His overall index rating was 29!

Unfortunately for him, Mega Leks lost that game against Partizan NIS, but time is working both for Bojić and his club. 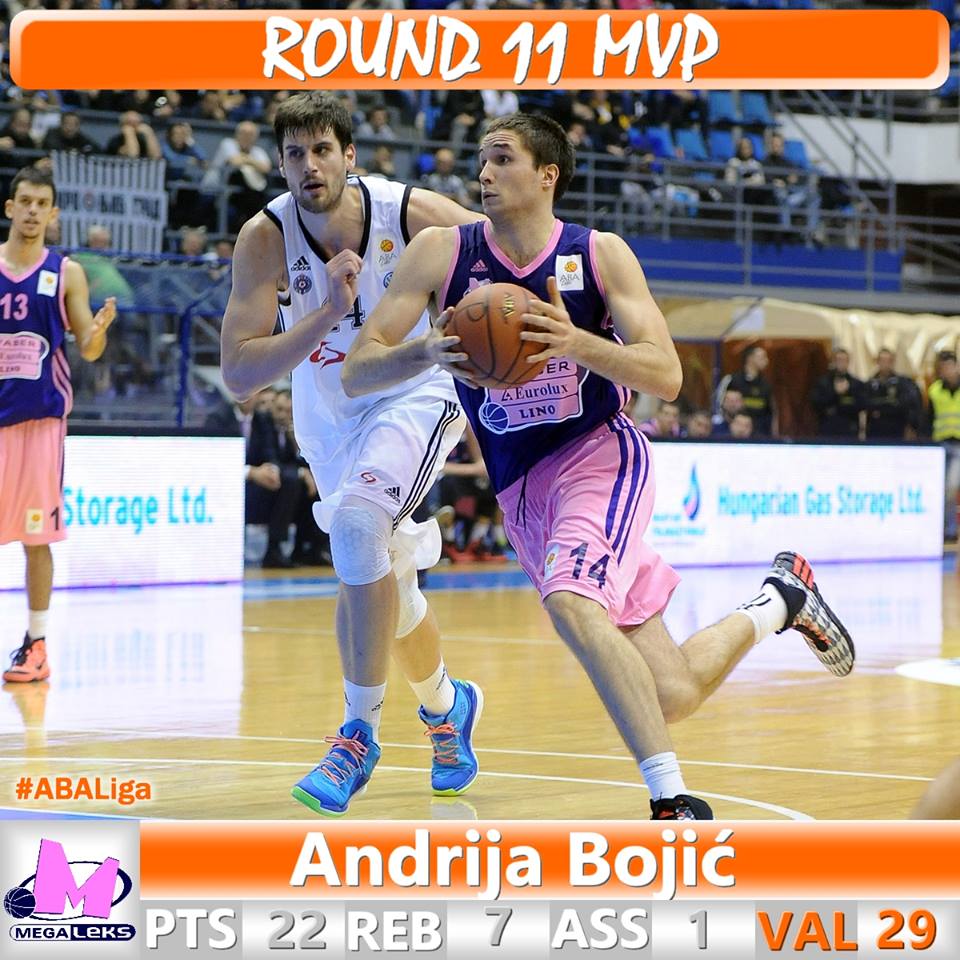