“Congratulations for team from Leskovac, on fair game and my boys on deserved victory. We saw the two faces of our team in this game. Responsible defense in all phases. In the third quarter we stopped playing one to one and we could not control their players (Dimitrijevic). We entered into a series of errors. Then the team from Leskovac managed to take the lead.” 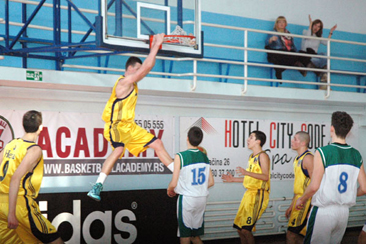