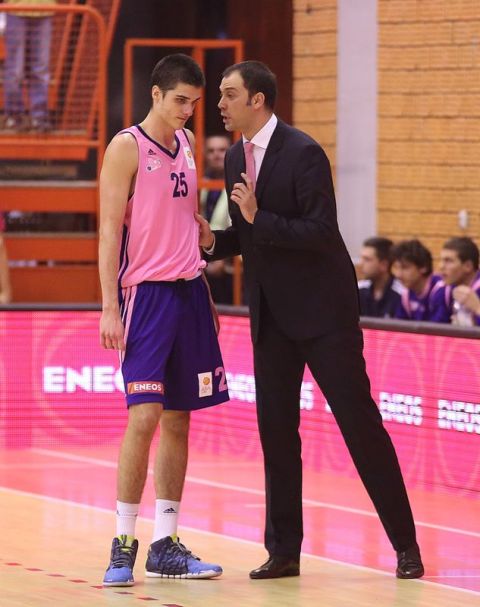 As an assistant in the first team you had a chance to work with a very young and talented players. What difference do you see between these two positions?
In first team of Mega Leks I was part of the system with my suggestions but all in the direction of head coach ideas. Now I have the opportunity to put my system and ideas and make decisions accordingly. Certainly, there are differences, mainly taking into account the physical characteristics of the players in the first and the junior team.
What do you see as your main job as coach of junior team? What are the main objectives for the new season in the Junior League?
The main goal is that as many players from the youth facility for a year or two compete for first team of Mega Leks. In addition to individual development of players, it is important for me to learn through play and meet the team tasks that are set before them. There is no imperative results in the Junior league of Serbia, but the desire for constant progress of basketball players on the way to the first team. As an assistant coach I always had a phenomenal communication with the players and I will try to convey that here.
What's the plan of preparations of the junior team? What is the aim at more training?
The idea is to learn how to properly train with the improvement of individual skills, technical and tactical, and that this is reflected in the good results of the team. With us is the new fitness coach Aleksandar Borisavljević "Bora" who is completely dedicated to his task and the players are very motivated for his training.
You won a gold medal at the European Championship for players under 20 years as an assistant to Vladimir Djokic. How was the feeling during the preparations and the championship? What is different about your work in the national team in relation to the club?
Awesome experience and one of the happy moments in my career. Excellent co-operation with my friend and former team-mate Vladimir Djokic. The team is especially the fact that in 15 days I have to make a result which brings much more intensive cooperation for some time, scouting, talking to the players, it all goes away quickly. The club's work throughout the year in order to be better players and at the European Championship is the focus was on the results of the national team. I am happy that in the end everything turned out great.
Your coaching career you started three years ago in Mega. First, as a player, did you have a thoughts about coaching career after ending basketball career? How do you see yourself now compared to the beginning?
Towards the end of my playing career, I began to think about starting to coaching. I wanted to stay in basketball because it is a field in which i have best feeling. As a player I learned and still remember the good things about the coaches, but I remembered the ones that we did not like the flick as well as the team and the experience meant a lot to his career so far. The longer I work, I see all the gaps in knowledge because they are constantly opening new chapters that need to study. It is a continuous series of training and monitoring of trends in basketball. When I started coaching career, I thought I knew a lot but now that I know more than in that period, I am aware of how much more a actually need to learn.
In the end, your opinion on the first team of Mega Leks?
A brand new team compared to last season. I watched the match against Gabon and knowing Dejan Milojevic and his dedication and energy, I expect an aggressive game with lots of running. Player profile is such that I believe they will play much better defense. The quality and creativity Jokic and Miljenovic is hard to replace but I believe in the success of this very young and talented team. 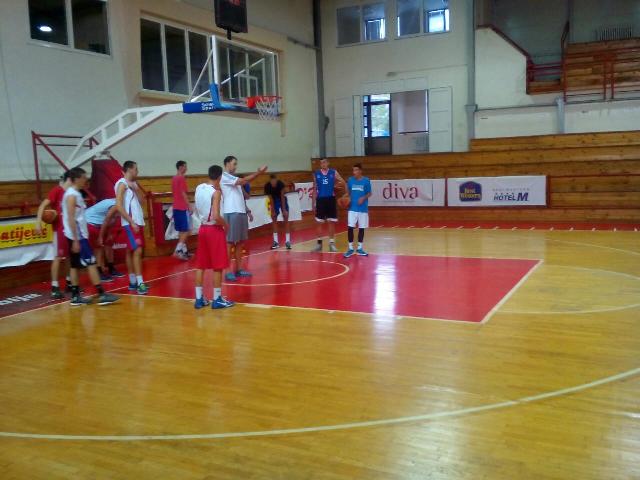