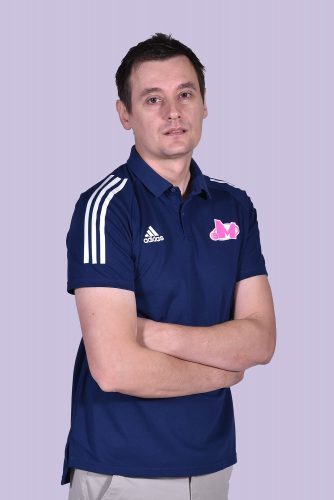 Vladimir Zlatanovic was born on June 15, 1982. years in Cacak. He started his coaching career in 2006, during which he was the coach of BC Zeleznicar from Cacak, the youth selections and first team of Mladost from Cacak, Konstantin, and from 2018 he was first assistant coach in the first team of Borac from Cacak, and then coach of the junior team of Borac . He came to Mega during the summer of 2020.

On several occasions, Zlatanovic was part of the coaching staff of the youth national teams of Serbia as well as the University national team, and the biggest success was winning a gold medal with the juniors of Serbia at the U18 European Championship which was held in 2017 in Slovakia.