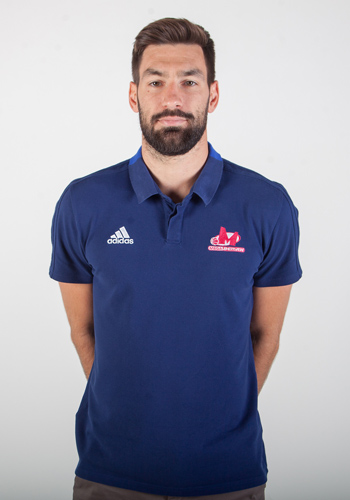 Branislav Ratkovica was born on July 27, 1985 in Gradacac, Bosnia and Herzegovina. He began his playing career in Beopetrol in 2002, and in addition to Mega, in his career he also played for Atlas, Oldenburg (Germany), Tubingen (Germany), Aliaga Petkim (Turkey), Olin (Turkey), Artland (Germany), Polytechnic (Romania), Lukoil Academic (Bulgaria), Partizan NIS and Cibona (Croatia) and ended his career at Mega Bemax after the 2018/19 season.

He was the best assistant of the Bundesliga in 2015 and the Super League in 2017.

He began his coaching career at Mega Bemax where in summer 2019 he became an assistant coach.